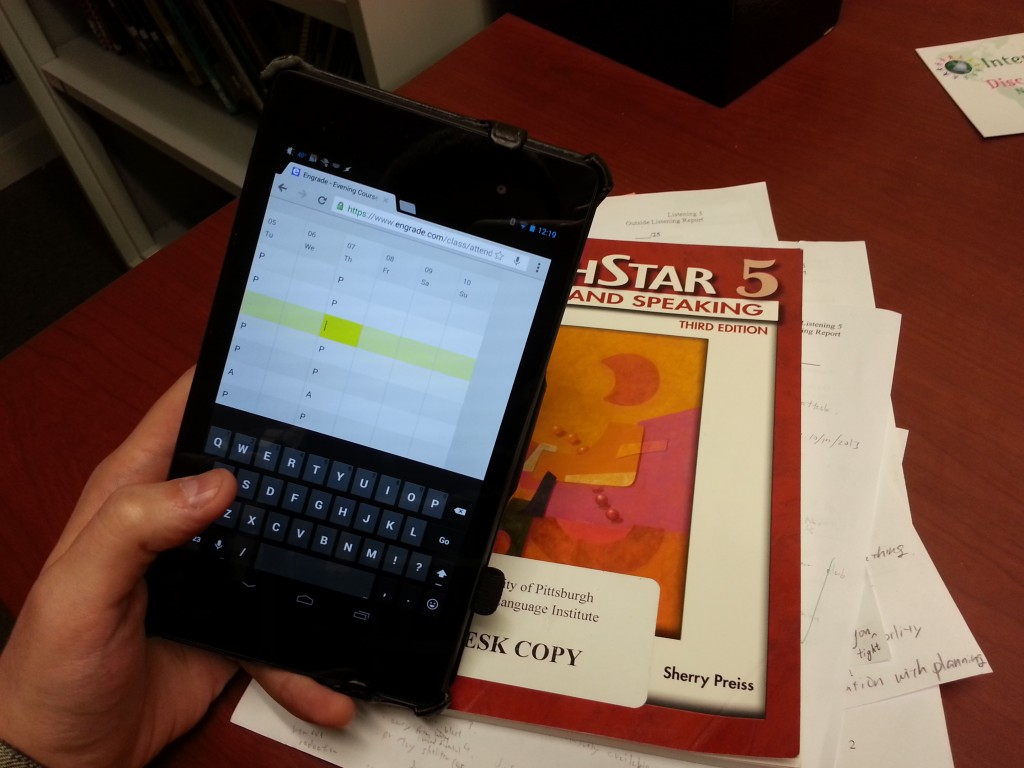 I’ve been meaning for weeks to do a proper review of the Nexus 7 as a classroom device. Mine has seen reasonably consistent use in the classroom this semester– just in somewhat specific, ancillary roles. This has made me hesitant to write down my reflections, since the picture won’t be very comprehensive.

But you know what? The Nexus 7 has found its niche in my classroom, even if I don’t go all-out by making it the focus of my tech inventory. One device doesn’t need to do everything, even if it could.

There are plenty of 7-inch tablets on the market. So what sets the Nexus 7 apart?

Whether for use inside or outside of the classroom, the Nexus 7 is the best general-purpose 7″ tablet on the market right now– and it also manages to be one of the very cheapest, too. It’s a no-brainer.

But what about actual classroom use?

What I use the Nexus 7 for in class:

What I haven’t used the Nexus 7 for, but could:

The Nexus 7 is a truly excellent piece of equipment when it comes to doing everything a tablet should be able to do. Plus, if you’re willing to pick up the peripheral accessories necessary, it can do almost anything a classroom laptop can do, including providing a keyboard-and-mouse interface and connecting to a classroom projector or monitor.

I love mine and use it every day in the classroom– I just don’t go out of my way to make it replace devices that are already fulfilling certain needs just fine. My smartphone serves admirably as a camera, and my classroom podium laptop is already set up as a full-size presentation device, so there’s no need to shoehorn the Nexus 7 into those roles, even if it’s capable of handling them.