This guest post by Michael Zimmer was previously published in his blog, The Pursuit of Technology Integration Happiness.

If you are a user of Chrome or Safari as your web browser and use presentation software such as SlideShare, Google Docs Presentation, or PowerPoint, then you have the ability, through a Chrome Web store App and a Phone App to turn your phone into a presentation remote.  You can see the presentation below and visit Presentation Remote for more information.

In order for the service to work you would need to download the free app deMobo for either Android devices or iPhone Devices.  What is cool is that this same app will work with Pandora Radio and with YouTube where you can turn your phone into a remote control for YouTube.  In another way through this app your phone can serve as a monitor extension as well and the ability to drag and drop from your phone to your computer, just as if you had a secondary monitor.

I am not quite an avid user of Google Chrome over Firefox, not really sure why, but it appears that the apps available for Chrome might make it worth a switch.  This is just one example.

Turn Your Phone into a Presentation Remote by Michael Zimmer is licensed under a Creative Commons Attribution-NonCommercial-NoDerivs 3.0 Unported License.

This guest post by John Spencer was previously published in the collaborative blog Teach Paperless.

What should an administrator look for when hiring a 21st Century teacher?

If a teacher can’t use an iPod or an iPad or a Chromebook or a laptop, that’s okay. A humble teacher can ask for help from fellow teachers, from students and from folks online.

If a teacher doesn’t quite get project-based learning, that’s okay. A humble teacher will watch and listen and be open to the major paradigm changes required to pull of a PBL framework.

If a teacher hasn’t heard of connected learning and has never developed a personal learning network, that’s okay. A humble teacher will learn to use Twitter and blogs and Facebook and whatever tools are necessary to learn. In an echo chamber of “I have an idea,” that teacher just might say, “I have a question.”

I’m not suggesting that administrators should deliberately search for unqualified candidates. Often, the most humble teachers have already done amazing things. Still, humility is the gateway to innovation and growth and sustainability. Humility works paradoxically to bring about greatness. Humility enables empathy and communication and collaboration that goes beyond the structures implemented by a school.

What should an administrator look for when hiring a 21st Century teacher? by John Spencer is licensed under a Creative Commons Attribution 3.0 Unported License.

Here are ten Google Drive apps which teachers in particular will find useful. 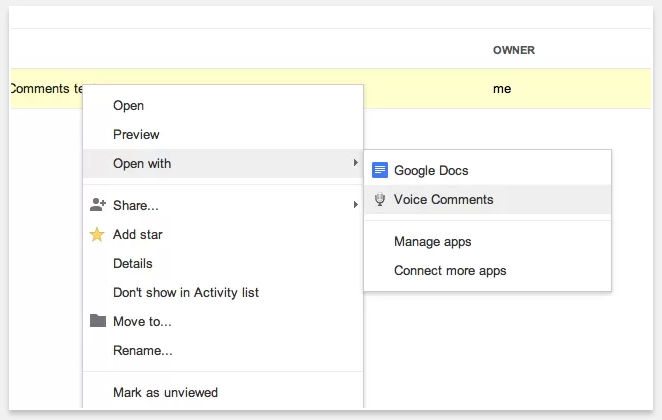 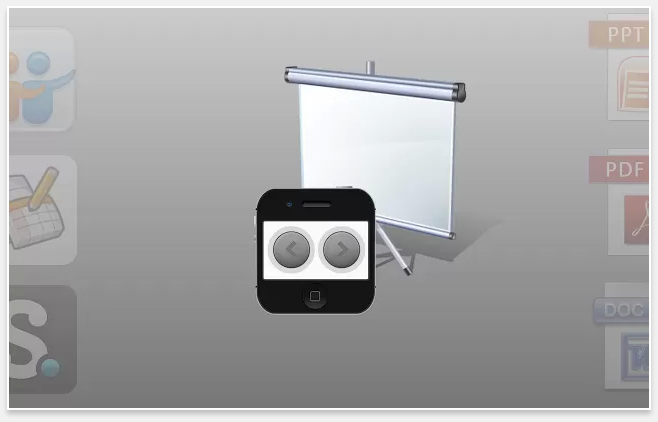 This simple Drive app lets you control presentations on a number of online services using a smartphone app. 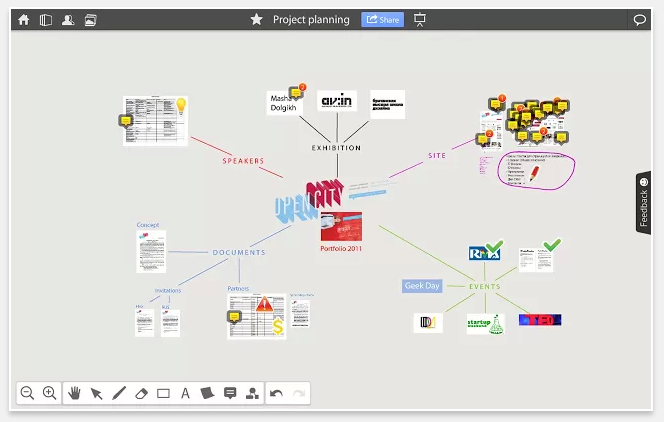 This Drive app can be used to create charts and mind maps, but it can also be used more directly as a live digital whiteboard.

Several products exist for diagramming. Here are some of the more popular competitors: 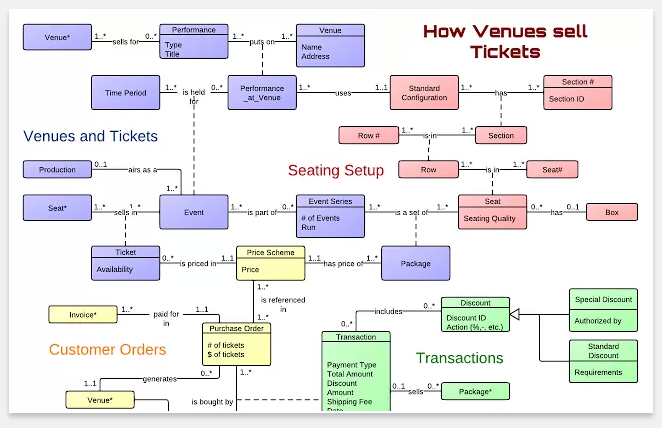 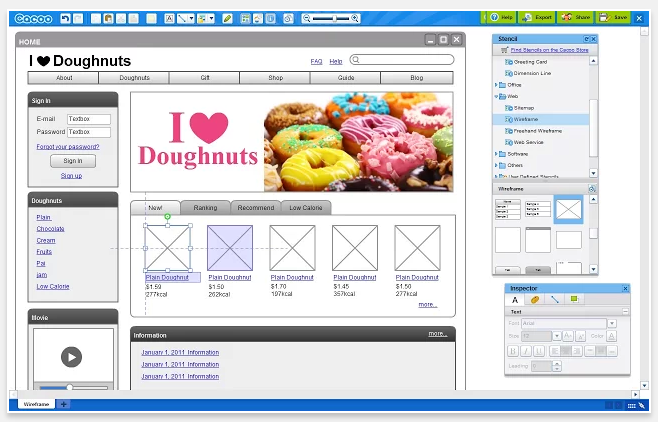 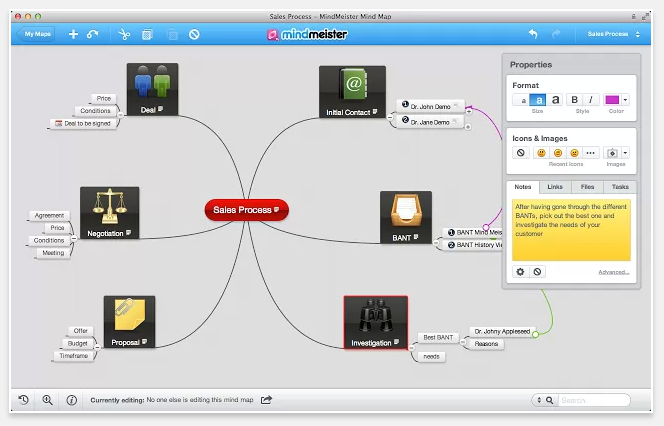 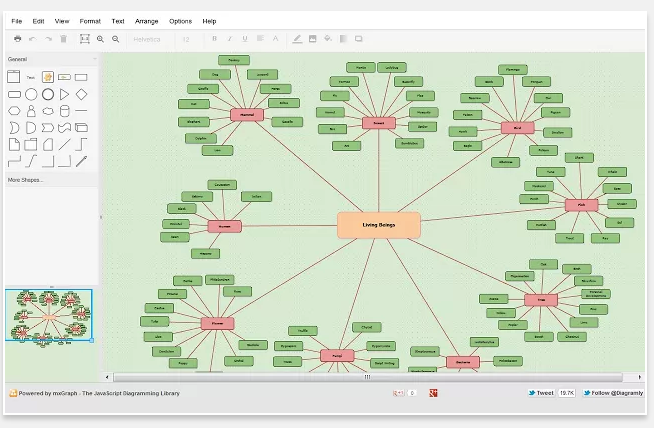 A variety of math visualization apps exist in Google Drive such as data plotters and graphing calculators. 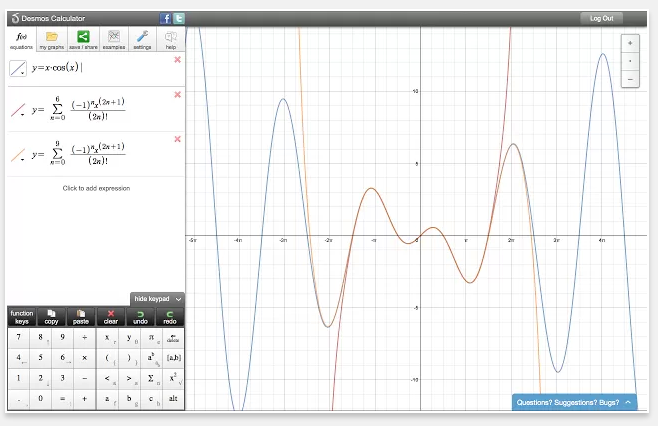 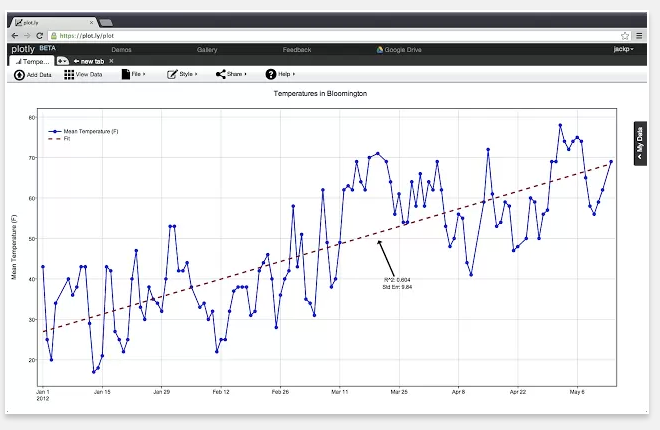 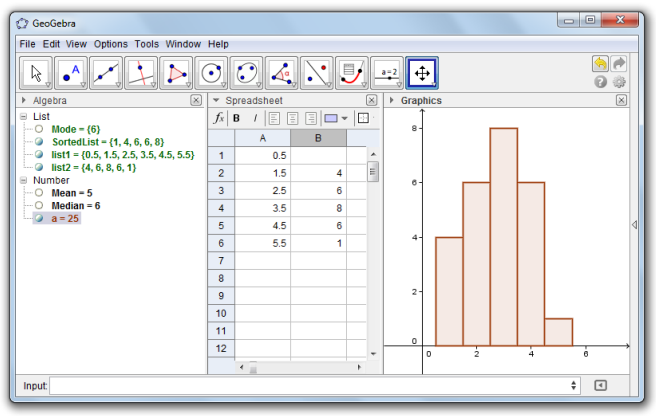 GeoGebra is uniquely powerful. As a “dynamic geometry environment,” it enables teachers to create interactive geometry, algebra, and calculus simulations. These simulations can be uploaded to the GeoGebraTube website. Here is an example simulation demonstrating circumference and the area of circles:

I picked out these ten apps as being especially relevant to educators, but dozens more exist. Click here for the full list of Google Drive apps.

Have you ever used one of the many third-party Google Drive apps? If so, what did you use it for, and how did it go?

This guest post was written by Holman Tse, a PhD student in the University of Pittsburgh Department of Linguistics.

In the past decade, advances in internet technology have made more and more multimedia resources easily accessible to a larger audience. The teaching of many different subjects, including language and linguistics, has undoubtedly benefited from the wide availability of new technologies. In this blog entry, I discuss web resources useful in teaching introductory phonetics to undergraduates.

Since phonetics is a multifaceted subject involving the study of the properties of human speech sounds as well as how they are physically produced and how they can be represented (e.g. with the International Phonetic Alphabet), the teaching of phonetics is well suited for a multimedia approach. Below, I focus on three types of web resources that are useful for teaching phonetics:

Some of these resources can also be adapted for other purposes, such as teaching the pronunciation of a foreign language.

A significant portion of many introductory phonetics classes is devoted to learning how to transcribe sounds. This is most often done by learning a phonetic alphabet such as the IPA (International Phonetic Alphabet). Many IPA symbols, however, do not appear on conventional QWERTY keyboards. So how can these symbols be typed?

For casual IPA users, one of the easiest ways to type IPA is through a point and click IPA keyboard website hosted by westonrter.github.io:

After pointing and clicking on the desired symbol on the IPA Chart, the symbol appears in the textbox on the bottom of the page. The text entered can then be cut and pasted into another program such as MS-Word. Aside from this intuitive interface, the advantage of using this website is its accessibility from any computer connected to the internet. No special software needs to be installed. If the proper fonts are not installed, there is a button on the top right corner of the page that can be clicked to load them.

For users who need to do a large amount of IPA transcription, installation of an IPA keyboard is highly recommended. The SIL website provides keyboard software for PCs, Macs, and Linux.

There are several keyboard options available. For PC users most comfortable with a QWERTY layout, I recommend the MSKLC Keyboard. The Mac version is based on the same layout. This keyboard allows one to easily transition between typing regular text and typing IPA text. IPA symbols that are identical to keys found on the QWERTY keyboard are typed in the same way as on a QWERTY keyboard. For IPA symbols that do not match any of the keys on the QWERTY keyboard, users need to type a particular combination of keystrokes one after another.

Full documentation as well as a handy keyboard chart provide the specific details.

For those that are familiar with the US-International Keyboard on Windows, the IPA MSKLC keyboard basically functions the same way with certain keys disabled. These disabled keys allow for the typing of an extended set of symbols. For example, the /ʃ/ symbol is typed by first pressing ‘=’ followed by ‘s’. = is one of several keys that are disabled on the IPA keyboard. One can still type ‘=’ with the IPA keyboard by pressing the spacebar afterwards, however.

While typing IPA characters is one thing, learning what sounds they represent is another. There are several websites that help in accomplishing this task.

First of all is the University of Victoria Audio Illustrations of the IPA Page:

This page includes the official IPA chart and looks very similar to the Weston Ruter Keyboard site. However, instead of typing IPA symbols with a click of the mouse, this web site plays audio files illustrating each IPA symbol. Each sound is also produced within a consistent frame making it possible to auditorily compare different sounds.

Undergraduate Computer Science and Linguistics student Matthew Morrone at the University of Pittsburgh has recently created a site that allows for typing of IPA symbols as well as the playing of audio for each symbol. The chart that appears on this page can also be customized to show only the sounds used for specific languages such as English, Hindi, Korean, and others.

This website is still in beta mode. However, it looks very promising and has much potential to serve additional purposes. Matthew welcomes feedback on improving the site and on the inclusion of new features.

Those looking for audio illustrations from real languages can browse through some of the resources available through the UCLA Linguistics Department. This includes audio materials designed to accompany two popular phonetics textbooks: A Course in Phonetics and Vowels and Consonants, both written by Peter Ladefoged.

Another important aspect of phonetics is learning how sounds are produced. The University of Iowa Linguistics Department has a website that provides images and video illustrating how to articulate any of the phonemes of American English, German, and Spanish.

It has pages illustrating the sounds of American English, German, and Spanish. For each language, one can click on different sounds to learn more about them. The sounds are organized based on articulatory properties (i.e. manner and place of articulation, voicing). For each sound, there is an image illustrating what parts of the vocal tract are involved. The image is also accompanied by video of a real person pronouncing a set of words that contain the sound.

Through this website, students can visualize the various mouth movements required for the production of different sounds. This is useful not only for students of phonetics but also ESL students or students studying German or Spanish. Viewing these visual resources can help students better understand how to pronounce sounds that they may have trouble producing in these three languages.

The websites discussed here are just a small sample of resources I have used in teaching phonetics to undergraduates. What sites have you used to teach phonetics, ESL pronunciation, or other similar topics?

Three types of web resources for teaching phonetics by Holman Tse is licensed under a Creative Commons Attribution 3.0 Unported License.