This five-minute TED video contains ten solid time-saving tips for everyday technology, including things like web browsers, smart phones, and slideshow presentations. Some of them seem like they should be common knowledge (like pressing the space bar twice on a smartphone to end a sentence and insert a period), but others- like double-clicking and dragging to highlight text one word at a time rather than one character at a time- were new to me!

Give it a watch– it’s only five minutes, after all. 🙂

It’s been nearly three months since I wrote the inaugural post of this blog. In that time, over 4,000 unique visitors from 80 countries(!) have come to read the advice, tips, and opinions presented in these entries, including eight guest posts by five authors. Although the majority of visitors come from the United States, sizeable audiences exist in Canada, Spain, the UK, Australia, the Netherlands, New Zealand, China, and India.

To cap this little retrospective, here’s a breakdown of our top five posts by unique pageviews: 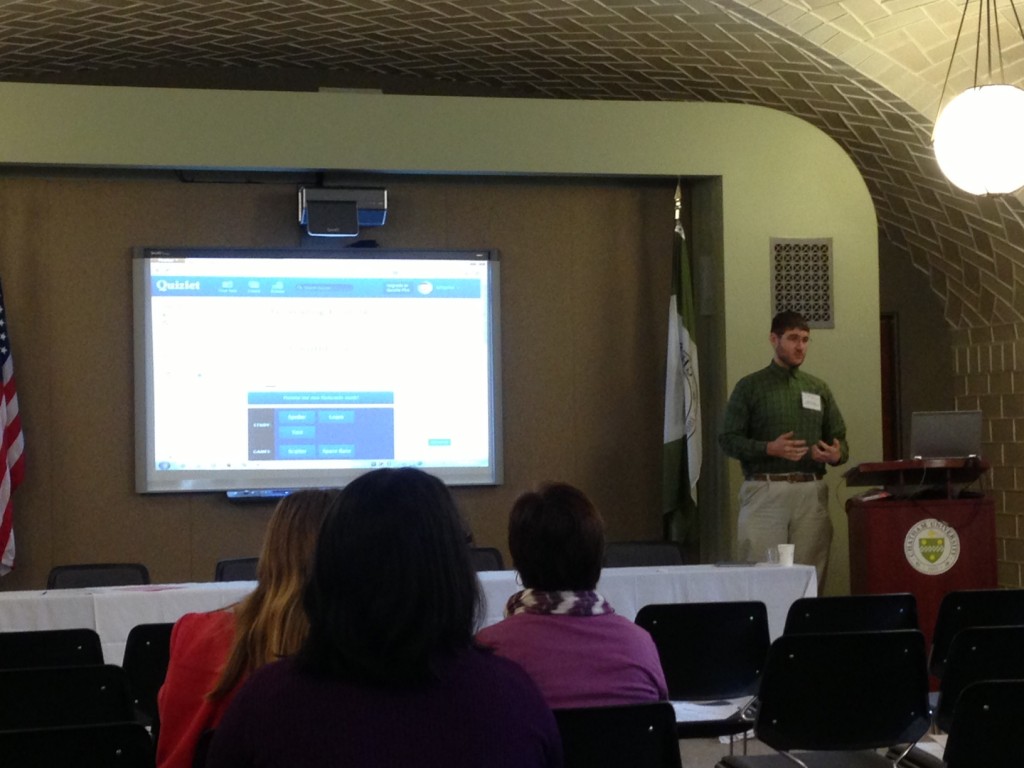 Samsung’s Galaxy Note 8.0 was released yesterday, April 11th. A glance at the specifications and features makes it look like Samsung did everything right to make this the perfect device for students. Some highlights:

Now that I’ve given my take, I’m looking at others’ opinions. Regarding the philosophy behind the device’s design, one author writes that “[i]t’s a tablet for getting things done, made for People Who Get Things Done. It offers tools to that end that none of its rivals match, from an honest-to-goodness multitasking system to the S Pen.” Another author writes of the S Pen that “there’s really nothing on the market that compares with what Samsung has done with this little value-added utensile.”

However, several authors complain that the device is too expensive for most customers; one writes that “it’s still a niche product. If you just want a device to read books, watch movies, and maybe answer a few emails, there are better ways to do them all than on the Note 8.0 — and whether you buy an iPad mini, a Kindle Fire HD, or a Nexus 7, you’ll save a considerable chunk of change in the process.” This same sentiment pops up again and again across reviews, leading to docked stars and reiterated recommendations of Google’s Nexus 7.

But a student’s tablet shouldn’t be designed for the passive consumption of information. It’s true that a student’s tablet has to sport a screen sufficiently large and crisp for serious e-reading (ruling out smaller tablets), but it also has to empower the student to interact creatively with the technology to really create novel things.

I can’t give a firm recommendation without having the opportunity to play around with a Galaxy Note 8.0 myself, but it’s difficult for me to imagine a better 1:1 device for students. Right now, it’s the only tablet that meets those criteria. On the one hand, it’s a wonderful device for e-reading due to its solid display and its just-right size which is large enough to read on but small enough to hold in one hand. On the other hand, its unique input options and its focus on productivity tools and multitasking greatly expand the scope of what students can achieve on a tablet compared to what’s possible on an iPad.

We live in exciting times.