This is just a quick note that Amazon has an appstore promotion going on– everyone is eligible to get a $5 credit toward appstore purchases.

This offer is valid for anyone who has any Android device, not just for Kindle owners. You just need to install Amazon’s appstore app and download an app from it– even a free app like Facebook or Twitter. Once you’ve done so, a $5 appstore credit gets applied to your account. Super easy.

Math and science teacher Brian Smith is on a mission to use model rocketry as an exciting, hands-on activity to enhance students’ learning in math and physics and encourage students to pursue further STEM education. He recounts some of his earlier successes:

I spent two years as a teacher and science curriculum designer at Harlem Success Academy, a charter school in New York City. We capped off our 6th grade physics unit by building and launching model rockets. Students that had struggled to engage with other labs on force and motion were enthralled with the idea that something they could build would fly hundreds of feet in the air at speeds of more than 100 mph. Every single student built and launched his or her very own rocket from the basketball court behind the school. When I hear from my students, some still talk about this project and how they want to apply to the specialized science high schools.

Now teaching in Santa Fe, Brian is working hard to gather the resources necessary to start an official Rocket Club at his high school and support his students’ entry into the Team America Rocketry Challenge. Brian’s school is underprivileged. He writes that “our school is badly underfunded… Positions for teachers and teaching assistants have been cut, and class sizes are climbing into the high 30s.” In that budgetary climate, it’s impossible for the school to launch the club out of its own funds.

Brian’s fundraising goal of $2,500 covers all of the setup costs of the club, including design software and scientific instruments, as well as a year’s supply of rocket parts, engines, and so on. In addition, $500 of the goal amount is set aside for the registration fee for the four teams of students he hopes to send to the Team America Rocketry Challenge.

Will you join me in supporting the club? Visit the Kickstarter page here!

I was listening recently to an episode of The Chronicle‘s Tech Therapy podcast on the “Moral Imperative” for Open Access to scholarly research featuring David Parry. He is an Assistant Professor of emerging media and communications at the University of Texas at Dallas and his main point was that scholars have an obligation to publish their research in journals that make free copies available online.

This is a topic that I am interested in and I agree with Parry. This is also a hot and debatable topic tight now. Unfortunately, it was the suicide of Aaron Swartz after he was being prosecuted for trying to free such research that brought it to many mainstream news outlets.

“Information is power,” Swartz wrote. “But like all power, there are those who want to keep it for themselves.”  He had made unauthorized downloads of more than four million articles from JSTOR and the federal indictment against him said that he did it in order to then upload them to the Internet and make them available for free.

His approach was radical and was compared on news outlets to Wikleaks. The tragedy in his case was that even though the civil complaints against him were dropped and he had returned all the downloaded data, the case was still being pursued.

The term “open” and open access (OA) has a number of meanings. According to Wikipedia (itself an open site), open access can be defined as “the practice of providing unrestricted access via the Internet to peer-reviewed scholarly journal articles.” There are a growing number of theses, scholarly monographs, articles and book chapters that are provided with open access to all.

There are two degrees of open access: gratis OA meaning no-cost online access, and libre OA which is like gratis but with some additional usage rights.

Similarly, we use the term “open content” with materials available online where the author(s) gives the right to modify the work and reuse it.  Most of us went through school learning to use content intact and to associate it with an author(s).

The open access concept was pushed forward at a rapid pace by the Internet, and in education it was pushed by its extension into learning objects and other resources used in online learning.

Scholarly publishing, much like the music and film industry and traditional publishing, has resisted open access, and may very well find that resistance to be why it will disappear.

Opening the Access to Scholarly Research by Ken Ronkowitz is licensed under a Creative Commons Attribution-NonCommercial-ShareAlike 3.0 Unported License. 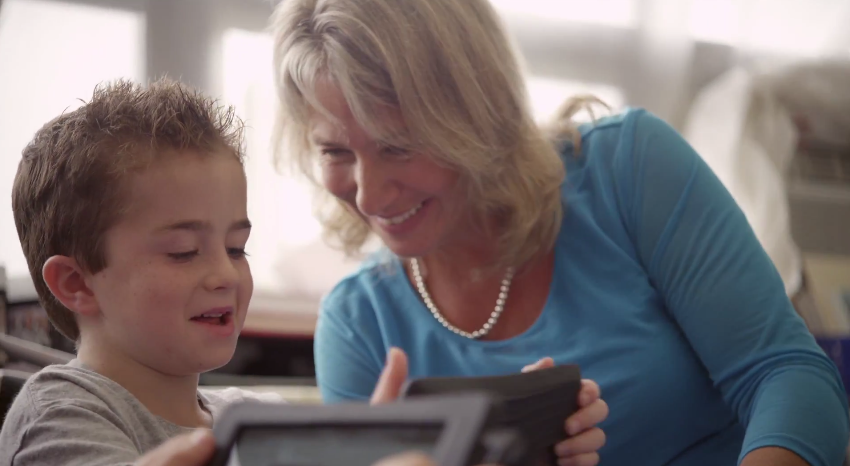 Just last week, I wrote a teacher’s review of the Nexus 7 tablet. A reader on Reddit commented that it was a shame that the review didn’t talk about the possibility of students using the tablet in a 1:1 deployment, but there are a few reasons for that:

Yesterday, though, Google launched the Google Play for Education program. Under this program, educational institutions purchase tablets in bulk for classroom deployment, whether for a tablet cart or under a 1:1 program. The tablets come pre-configured for educational use and promise a nearly-automatic setup “fully loaded with student accounts, custom settings, and WiFi.” It looks like all you need to do is use one tablet to log in and select your class information, then physically tap every other tablet against the first one to transfer the settings over via NFC:

For content, there’s a curated “Education” section of the Play Store which includes educational apps and e-books:

Google Play for Education also enables teachers and tech administrators purchasing apps to basically “put it on the tab” by using pre-paid credit established through a purchase order. Under this system, purchases aren’t required to handle credit cards:

The device lineup is currently limited to just the Nexus 7, but an as-yet-unreleased 10″ ASUS Transformer Pad and an 8″ HP Slate8 Pro will be added early next year. The ASUS Transformer in particular looks pretty fascinating: it’s the size of a typical iPad and can be paired with a detachable physical keyboard. With the keyboard, it runs $95 more than a Nexus 7, though, which is quite a premium.

Sound exciting? Check out the Google in Education page for more details!